Halyard Mission – marking of 70 years since the events

On 22 September 2014, the 70th anniversary of the Halyard Mission was marked in the villages Pranjani and Leušići. On the same occasion Halyard Foundation was established, which will keep the memory of this historic event.

Halyard Mission, in Serbia known as Operation Air Bridge is the largest rescue action of Allied Forces behind enemy lines in the 2nd World War. Rescue of allied pilots was carried out by the US Air Force in cooperation with the Yugoslav Army in the Fatherland of General Dragoljub Mihailovic. The Chetniks thus saved more than 500 allied pilots, which the Germans shot down over Yugoslavia. The largest number of pilots has been evacuated from the improvised airport in the village Pranjani 1944. Operation Air Bridge is considered one of the most successful rescue missions behind enemy lines in the history of wars.

The establishment of Halyard foundation 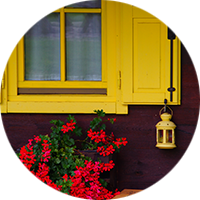 Welcome to Rajski Konaci - only 2 hours from Belgrade. Breathe in the fresh mountain air… and cheer up your mind and body.